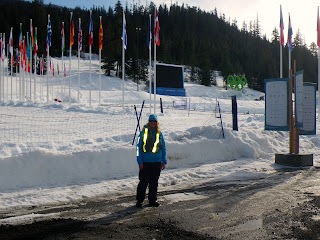 About 3 years ago, I volunteered for the 2010 Winter Olympics. I spent the 2008 and 2009 winter seasons marshaling cross-country ski events in the Callaghan Valley, near Whistler. And each year, I realized anew the staggering amount of work I'd actually committed to for free. Not that I was the only one. There were others who committed as much or more time, effort, and loss of income as I did and, luckily for me, many of them were on my team in nordic skiing. And it seemed worth it to be part of the once-in-a-lifetime experience of the 2010 Winter Games.

As the games drew nearer though, there seemed to be 2 well-defined groups working to make them happen. Those who were being paid and those who weren't. It wasn't just in my sport, and it wasn't just the 'important' people being paid. Sometimes there were paid people standing next to, and doing the same job as, volunteers. The paid people were told not to talk about being paid because the person next to them might not be. And, as I started talking to other people 'working' at the Olympics, it became obvious that some, though certainly not all, of the paid people resented the volunteers. I heard comments like, "Well I, for one, like being paid for my work." or "Must be nice to be independently wealthy so you can afford to volunteer." It seemed that some of the employees thought the volunteers devalued their work by doing their own for free. Now, let me just say right now that I am, by no stretch of the most vivid imagination, independently wealthy, nor are the other volunteers I've worked with. Let me also say that, yes, I enjoy receiving something in exchange for my time and effort. 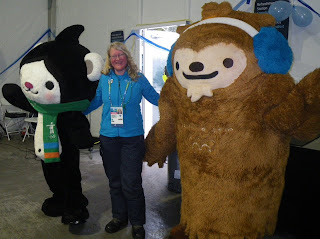 So, all this made me wonder - was I a 'sucker' for volunteering? Was I being taken advantage of because I was too naive or unenterprising to find a way to be paid for my small part in making the games happen? I wondered this as I packed up my belongings, hoped my plants would survive my absence, said a fond farewell to my family, friends, and coworkers. I wondered this as I stumbled through getting my accommodation sorted out (what a huge task for the organizers!). I wondered this as I stood out on course those first few training days when there were only a few athletes and even fewer marshals. I wondered this as I endured days of porta-potties,lukewarm coffee, and endless sandwiches (though they tried to provide variety). I wondered this as I stood one day in my assigned spot on the course for 4 long hours as the pouring rain slowly soaked through my jacket and left me damp and chilled. And I really wondered it when an athlete from a country that will remain nameless, tore a verbal strip off me using foul language because I told him he couldn't ski the race trails because they were being groomed, even though he'd had all day to ski them earlier. Is it worth it, I thought? Is this the experience I signed up for? The short answer is no. 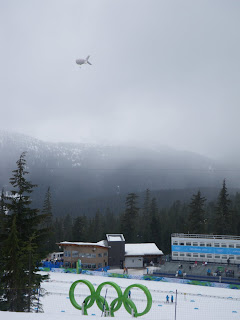 The longer answer is yes, but it's more complicated than that.

I met people - coaches, athletes, officials, support people, spectators - who came from all over the world for this. Yes, there was competition - lots of it and it was serious. But it wasn't about us fighting each other. There was a sense of camaraderie too, of all of us coming together to celebrate the striving for excellence, the potential we, as human beings, are capable of. It was about talking to people and helping each other, and learning about one another, whether you came from the same country or not.

There were cultural and social events in the cities nearest the venues, the world watched, in person or from in front of their televisions, and I was happy to see my fellow Canadians being unabashedly proud of their country, as well as the countries their families had come here from. The world seemed a bit smaller somehow, a little friendlier. 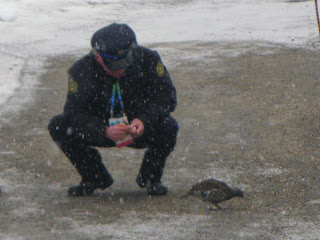 It astounded me how I could get off the bus at the venue and be greeted by the same smiling face each morning and that that face was still there, still smiling, at the end of the day, even though that person had stood outside in the parking lot in the weather all day. On my own team, there were always people willing to stay later, give each other a break, say something nice, do something extra. We had fun together. It humbled me to work with such dedicated, upbeat people. Athletes, coaches, and other workers (volunteer or paid) made a point of connecting, of saying thanks, of giving each other small tokens of appreciation or of helping out where they could even if it wasn't their 'job'. When there were injuries, or a death, it hit everyone. We were a global community, celebrating our triumphs and sharing the sorrows. It wasn't just about sport anymore. It was about being human and about all of us being in it together.

Was it worth it? I have to say yes. Now the Paralympics are about to begin. And I am ready to be inspired anew. 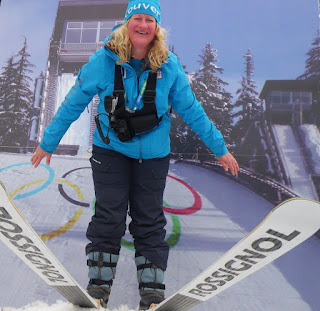